I imagine you are probably wondering what the best investment play is after hearing the latest news of Cam Newton being signed by the Patriots.

I can’t say that I have the perfect answer to that question, but what I can offer you is some insight on the health status of Cam Newton after his 2019 season was ended prematurely due to a foot injury. My hopes are that you can use this knowledge to craft an investment strategy regarding the Patriots quarterback situation that works best for you.

This post will discuss three injury and recovery related concerns that leave me questioning whether or not Cam Newton will be back to full health by the start of the season. For the purpose of this post, I am primarily going to focus on his most recent injury, a Lisfranc injury that forced him to sit out most of the 2019 season and led to surgery in December of 2019

Lisfranc Injuries Can Drastically Change the Mechanics of the Foot

What is oftentimes misdiagnosed as an ankle sprain, a Lisfranc injury is a catch-all term for a wide spectrum of injuries involving a particular region of the midfoot. If you look at the pictures below, you can see that there is a ligament that connects and stabilizes the medial cuneiform bone and the second metatarsal bones of your foot called the Lisfranc ligament. It is easy to see that a disruption of this ligament could have serious consequences for the stability of the foot. An injury here could range from a simple sprain to a complete tear of the ligament, or even a fracture of the connecting bones. Any of these possibilities will amount to a decrease in stability of the arch of the foot, which is crucial for athletes who rely on this stability to produce powerful movements from their lower half. Athletes who experience this injury typically talk about how it feels like they can’t generate any “push-off” or “explosion” from the injured foot.

Without being a member of the Patriot’s medical staff, it is anyone’s guess as to the exact severity of Cam’s Lisfranc injury; however, an educated guess can be made based on the fact that it eventually amounted to a surgical procedure to repair it in early December of 2019. Some of the more minor Lisfranc injuries can typically be treated nonoperatively, so it is safe to assume that the extent of the injury was beyond that of a small strain of the ligament. This also gives us some insight on what a possible rehab timeline may look like.

There are multiple surgeries that can be done for this injury, depending on the surgeon’s preference, as well as what damage needs to be fixed. Oftentimes, a hole is drilled through these two bones, followed by a wire being inserted and tightened to help bring the joint surfaces back together again. Alternatives would include placing screws and pins within the joint to help accomplish the same level of stability. While these options may not seem like a big deal, it is a relatively invasive surgery (I will post a video clip of one on my Instagram profile if you are interested in seeing one) that comes with a number of risks and potential complications that may affect future functionality. Once the surgery is completed, there is a long process of rehabilitation to help restore the function of the foot back to “normal” again.

We can also gain more insight into the situation by looking at what has historically happened to players who have had the same injury. A study done in 2018 followed a group of 35 NFL players who sustained a Lisfranc injury as they attempted to return to play [3]. Those that did return took an average of 10 ± 2.9 months to return to playing at full strength. This is consistent with what most of the literature says on this topic, with 9-12 month full recoveries typically reported after surgery. If Cam were to follow along the lines of the average recovery (around ten months), he would miss the week one start date and not be available until later in the season. The ± 2.9 months in the study means that return to the sport could happen as early as seven months, or as late as 13 months. This variance in the timeline could be attributed to a number of factors such as healing rates, the severity of the initial injury, and the success of rehabilitation. I imagine the Patriots organization would err on the side of protecting his long term health and playing him when he is truly ready. 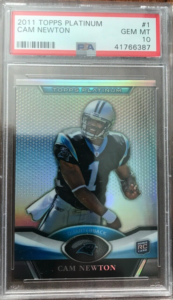 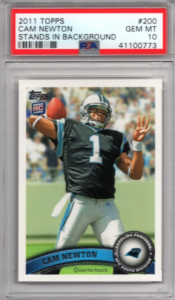 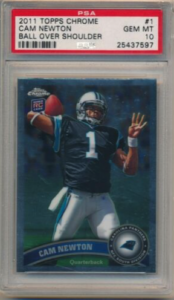 As I mentioned previously, the joint complex in the foot affected by this injury has serious implications on the foot’s stability. Dysfunction in this joint could lead to changes in both the way Cam runs the ball as well as the force he can generate behind his throws. While the impact on his rushing performance seems obvious, the effects on his throwing mechanics may be less so. In order to generate a powerful throw, the motion starts from the ground up. The force generated to throw a football starts in the feet and legs to establish a solid base. This solid base is key to being able to generate a powerful rotation of the hips and trunk, which eventually amounts to a transfer of energy into the arm for the throw. With that being said, you could imagine the implications a collapsing and unstable front foot would have on Cam’s throwing motion. The surgery he underwent attempts to return the foot’s anatomy back to normal, but it is clear that getting it back to 100% of its previous function is not always attainable.

Looking at the same study mentioned previously, only 29 (83%) of the 35 players returned to ever play another snap in the NFL. Of those that did return, they ended up starting in fewer games than their pre-injury levels in both the second and third year post-injury. It also showed that these players had a “significant decline in performance the season after return when compared with pre-injury levels.” Albeit a small sample size, these statistics should at least cast some doubt on Cam’s ability to return to his previous form. There are many who assume professional athletes are immune to some of these declines in performance due to their access to superior rehabilitation tools and professionals; but at the end of the day, there are certain elements of the healing and rehabilitation process such as your genetics, age, and past medical history that are simply out of their control. I have no doubts that Cam is doing everything in his power to make a comeback, but the concerns surrounding this injury combined with his recent run of shoulder and knee ailments are enough to raise some serious red flags.

Is Cam Newton a Safe Investment?

At the end of the day, there is enough evidence out there based on the nature of this injury to say that Cam Newton being the starting Quarterback of the New England Patriots in week one is not a guarantee. It is certainly possible that he returns to full strength faster than the research says he will, but I think you should at least be skeptical until he can prove otherwise. For those of you quickly jumping off the Jarrett Stidham train, I urge you to at least reconsider the situation. By all accounts, Bellichek and the Patriots organization seem to like what they have in Stidham. I’m not sure anyone actually knows how this is going to play out leading up to the season. Still, there is definitely more fluidity to the situation than is being discussed in my opinion. With the sports card market being as hot as it is right now, I don’t view a Cam Newton investment as being worth the risk.

-If you enjoyed this article and are interested in similar content related to injury effects on the sports card world, please head over to Instagram and give me a follow (@TheSportsCardPT). I would love to hear all of your thoughts on the Cam Newton situation and am also open to hearing suggestions about who I should discuss next. Thanks for reading!

Like always, Chris provides valuable insight into injuries sustained by the athletes we all follow. These reports should be reviewed as part of your research conducted if you’re going to invest money into the cards of individual players. I would love to hear your thoughts on Cam Newton and if you think he will ever reach the same level.