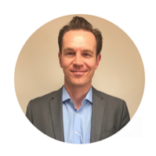 Robert is passionate about collectibles of all forms and has previously worked for Google, Collectors Universe, and APMEX (American Precious Metals Exchange).

Below are two iconic 1979 Gretzky rookies, one O-Pee-Chee (left) and one Topps (right), they have small differences which spell opportunity for investment and value.

Wayne Gretzky, Kobe Bryant, Tom Brady and Mike Trout; big names with hot, iconic rookie cards moving fast on the market in 2021. Looking to buy an example of these iconic cards and one will soon find there are often very similar looking variants, each with their own story, their own population, and their own growth trajectory. But within these differences lie opportunities across a range of budgets and finding grades at a relatively good value. Let’s take a look at the details behind one of these sports legends and their high-end rookies.

It is the first hockey card to sell for over a million dollars, and wait, there’s an identical Topps version? Understanding the difference between these two almost identical-looking rookies can add context to what makes the OPC a million-dollar gem and if the Topps card is on the same path.

O-Pee-Chee, was a candy company like Topps with cards dating back to the 1930s. Through a marketing agreement made in the 1960s, the company made versions almost identical to the Topps cards and were distributed in Canada from 1965 to 1992. There are a few minor differences between the OPC and Topps hockey cards in 1979, which can be seen on the reverse with the addition of French text on the OPC. With a smaller Canadian market, fewer OPC cards were produced than there was for the larger American market with Topps. To top it off, many of the OPC cards were plagued with crude cuts made with dull knives leaving many examples with a rough paper edge and cut woefully off-center.

Looking at the total populations of graded examples by PSA there are slightly more Topps than OPC (6,205 to 6,015) as of February 2021. Both have only two examples in the coveted 10 spot; each have incredibly low POP in the 9 grade (127 Topps/89 OPC), and both have the most cards graded in the 7 slot. But where the distribution differs is a higher volume of lower grades for OPC.

For years at card shops, I would hear how O-Pee-Chee is Gretzky’s “true rookie” because he’s Canadian and so is OPC. While that deserves mention, I don’t think the Topps version is any lesser of a rookie and, in-fact, just may be a sleeper card. Let’s face it, Gretzky holds the record for most goals and assists by any player in the NHL, along with 4 Stanley Cup titles. While a Gretzky Topps rookie has traditionally sold for less than its OPC counterpart, let’s acknowledge how both cards are chronologically equal, both currently have similar populations and both have just two cards graded Gem Mint 10.

While it takes a moment to learn the differences between the OPC and Topps cards, the hockey stick-shaped growth exhibited by both makes for an exciting rookie to watch. Understanding the context, history, and trajectory of each will help the well-educated buyer find room to invest in one of the most iconic cards of the 20th century!

We all often forget about some of these legendary hockey players in an attempt to get that new prospect that will explode or that second-year player that is trending up. This was a great article highlighting the great-one himself and how there may still be some opportunity there. Do you think there are any players under the radar or undervalued by the market right now?

When to Buy and Sell Football Cards to MAXIMIZE PROFIT

Carson Wentz to Indy Leaves Philly in a World of Hurts

The Size & Growth of the Basketball Market

A Look at the New Topps Series 1 Baseball

The Rise of Junk Wax