It’s the most exciting time of the year with the best sport approaching playoffs and we get to see all our slabbed investments play. There will be LeBron and Zion and… wait a minute, wait a minute wrong sport people. It seems the majority of sports card investing is done in the other three major sports and people glance over hockey. Well no more, Connor McDavid, aka McJesus, just had a record-breaking rookie card sold recently for $135,811. I know, I know it’s not LeBron money, but still, hockey and hockey cards are gaining momentum. Let’s not forget what makes basketball so popular is that it is a global sport with tons of fans. Well, hockey is and has always been a global sport with a smaller fan base, but some would argue more passionate). Plus, we got the best trophy in ALL of sports.

But how can you, who loves sports cards, make any money in this market? Well, surprisingly, it’s very similar to other markets, and I’ll break down which cards to look for and how to decipher if a player has a good chance of moving card values. Here’s a top-five of types and brands of cards to look for. 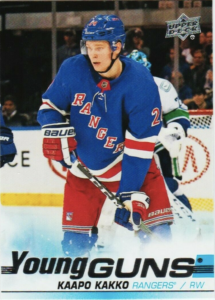 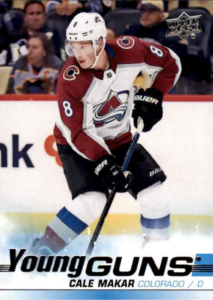 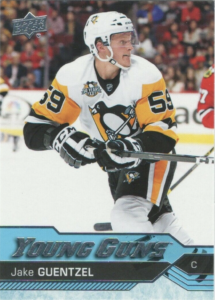 Those are the basics on the type of cards you should look out for and much like other sports, the emphasis is on rookie cards and more importantly, the most sought after rookie cards. There are plenty of quirky cards that gain a lot of attention that I didn’t mention, but basically, you want to break it down into a basketball formula since most are familiar with it. Young Guns tend to be your prizms, but with fewer variants, no, there is no half candy stripe half avocado variant numbered to 73.5. RPAs are still RPAs, but The Cup reigns supreme for those. Future Watch Autos are the preferred auto variant of a rookie.

Now that you know the types of cards to look for how the heck do you focus your $$$ on a few players? There are a few solid names like Conor McDavid, Sidney Crosby, Alexander Ovechkin, Auston Matthews. These guys always claim the top money spot, but there’s more to it than that. There are 20 players on a hockey team. Four lines of 3 skaters each on offense. Three defensive pairings and a goalie and his backup. The top two offensive lines are your scorers, 3rd offensive line is your shutdown defensive line (they often play the other teams’ top line), and the 4th line is your grinders (They only play about 10 minutes a game). Defensive pairs are generally ranked as your best defensemen in the first pairing (eating up close to 30 min a game) while second and third pairings are played less and respectively so, meaning the 3rd pair might only see 12-15 minutes in a game.

Some things you can do… Look at linemates, Who does Sidney Crosby play with? You can look at players who are in the shadow of star players like Evgeni Malkin or Leon Draisaitl (who will probably win the Hart trophy-MVP). For defensemen, it’s essential to look at who quarterbacks the power play; high scoring defensemen gain more attention than traditional stay at home defensemen. Pay attention to injuries. If a stud winger goes down and someone needs to step up, you might want to look at that new replacement because heroes are made in the quest for the cup (and that subsequently affects card prices).

As a good analyst of the game, I have a few players I’m watching closely in the playoffs. Just like basketball, you are making your investment “bets” on players by loading up on individual cards and hoping for a cup win or memorable playoff run. Longevity is the key; if your team or player gets knocked out in the first round, the cards will go cold. So without further wait here’s a few players I am keeping an eye on when playoffs roll out in little over a week:

Excellent article, especially with Hockey back in full swing, and a few of the players mentioned are in play. If you have anything to add regarding Hockey and how we as investors can gain the advantage, we’d love to hear your thoughts and comments.