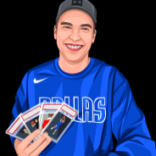 As promised, I wanted to spend some time sharing my thoughts on Zion Williamson’s injury history as it pertains to his card value. I want to start by reiterating that the following article is to function as an adjunct to help form your investing decisions. I am in no way claiming that I know for sure how this scenario is going to unfold. This information is purely to provide some knowledge to help you to be as informed as possible before making investments.

With that being said, I think Zion Williamson is a high-risk player to invest in heavily right now. Before you decide to blast me and tell me I have no idea what I am talking about: hear me out. I am not at all saying I think Zion is a poor investment choice. As we all know, he has the potential to be one of the best to ever play the game; however, I think the majority of the sports card world has been caught up too heavily in the emotional hype surrounding his never before seen athleticism. When looking at things more objectively, there is always a chance his career trajectory could be derailed by injuries, which may not necessarily equate to much long-term value in his market, as I discussed in my previous post.

Zion has had multiple injuries throughout his career to this point. Although knowledge of the specifics of each of these injuries is difficult to find, these are the notable injuries he has had so far:

His Most Recent Injury:

I am going to focus on his most recent injury that led to arthroscopic knee surgery on October 21st of 2019. Zion underwent a precautionary MRI after having some knee soreness, which revealed a right lateral meniscus tear. Your meniscus is essentially the shock-absorbing cartilage within your knee joint that helps to dissipate the force put on the knee joint to a wider area (see picture below). It plays a significant role in both the weight-bearing and movement of the knee joint. The meniscus also helps to reduce friction during movement of the knee and aids the ligaments within the knee by making the joint surfaces more congruent. The meniscus is divided into two separate portions (medial and lateral), and it is essential to note that the inner portions of each meniscus have minimal to no blood supply. This is important because a lack of blood supply equates to a lesser ability for it to heal over time.

Meniscus tears, such as the one Zion Williamson had, typically happens from twisting motions at the knee while it is in a flexed or bent position. This type of action can occur very frequently in basketball with quick cuts, jumps, and hard stops, all having the potential to put the knee into this position. Knee injuries take place somewhat frequently in basketball players as a recent study of NBA players showed that over a 20 season stretch, they accounted for close to 20% of all injuries. Of these injuries, around 5% were isolated, meniscal tears [1].

The surgical treatment that Zion received for this injury is called a meniscal debridement. For this procedure, the surgeon shaves off the portion of the meniscus that is damaged to attempt to create a smooth surface with what is left of the tissue. The outcome of this type of surgery is typically very successful; but, depending on how much of the meniscus was cut out, there is potential for altered biomechanics at the knee joint. This could potentially lead to early arthritis in the joint, depending on the severity of the initial injury. While arthritis or degeneration of the joint does not necessarily equate to poor function on the court, there is always the possibility that it might. For example, Dwayne Wade had a meniscectomy or complete removal of a meniscus in his left knee and had significant issues with it throughout the latter part of his career [2]. These situations are not entirely the same (a meniscectomy means the removal of the meniscus instead of just the damaged portion). It does, however, show that altering the biomechanics at the joint has the potential to affect overall play on the court.

Another consideration that has been widely discussed is the idea that Zion is potentially carrying too much weight and should cut down. There has been research done in the past that shows a correlation between increased weight and the risk for meniscal injuries [3]. With Zion currently being the second heaviest player in the NBA, it is natural to draw the conclusion that this may have potentially played a role in his injury. However, I would argue that his weight does not necessarily appear to be bad weight as he is clearly very lean. Losing weight may equate to him having to lose muscle mass, which may reduce some of the overall explosiveness that makes him such a force on the court.

The last potential threat to Zion’s future injury potential that should be mentioned is his unusual movement patterns and lower extremity alignment. If you are to watch Zion play, you will immediately notice significant knee valgus with a lot of his movements. This means that his knees cave inward with his feet positioned outside of his base. Past research studies have shown that this knee alignment may be a risk factor for knee injuries such as ACL tears due to the mechanics of the joint [4]. While some may argue against the validity of this research, it is undeniable that this knee position puts more load on his lateral meniscus, which may leave him more susceptible to further injury. While this does not necessarily mean he is likely to have future knee injuries, it was obviously a concern to the Pelicans front office. After his surgery, it was reported that they decided to work specifically on teaching Zion how to walk and run differently to address these mechanics [5].

There are several research studies like those above that have been done which point to potential risk factors for being at higher injury risk. The truth of the matter is that it is difficult to apply some of these to someone like Zion because much of the research was done on subjects who are nothing like him or any NBA player for that matter. It can be irresponsible from a research standpoint to take research data that was gathered using subjects from a certain demographic (age, sex, body type, etc.) and saying that the results for that study can apply to other patients/subject demographics. Because of this, it is worth noting that it is near impossible to say with confidence that any research not done on elite level athletes like Zion can necessarily apply to him. Zion is clearly in a class of his own from an athletic standpoint, and the above research studies should be taken with a grain of salt when applying them to him.
If you continue to read my articles moving forward, you are going to hear me talk a lot about the incredible adaptability of the human body. Its tissues are very adaptable to the demands placed on them, which means that although Zion’s meniscus may not necessarily have the ability to heal, other tissues such as the supporting musculature can be strengthened to increase the overall solidity and shock absorbing qualities of the joint. Damage within a joint does not always lead to pain or dysfunction, and this same concept would seem to apply even more so to Zion as he is incredibly muscular. With that being said, I have a gut feeling that this will not be the last of his injuries. He is a high-powered athlete who puts a lot of biomechanical load on his joints with his explosive movements. Even though he is uniquely athletic, the factors I have discussed above make me anxious enough about his future that I have not been holding onto many of his cards at this time.

While I do not necessarily think you should stay away from investing in Zion, I wanted you to realize that there are certainly some elements related to his injury risk that should raise some level of concern. While I hope that he goes on to be the player we all hope he can become, I want you to move forward with the knowledge that it is possible for his card market to fall exponentially if he were to suffer an injury that affects his ability to perform at the high level of athleticism we have become accustomed to. Try to set aside your emotional ties to him for a moment. Trust me, I understand the hype and feel like he has earned every ounce of it to this point. Watching a 280-pound player take off and throw down a dunk from the free-throw line will have that effect on most anyone.

With that being said, I feel like Zion should be looked at along the lines of a lot of the other rookies and sophomores that are being touted as the future of the NBA. It is early enough in his career that a major injury could potentially derail his long-term card value. The upside, though, is unheard of in the modern sports card world. Could you imagine the possibilities of a 20-year long career filled with jaw-dropping highlights and a championship ring or five? This is also not out of the realm of possibilities.

I hope that he goes on to have a long and successful career but wanted to put this article together to make sure you have some additional information to consider.

There is no easy way to anticipate injuries and their affect on each player, but I certainly wish I had Chris and his thoughts while RGIII was playing! I can’t wait to see some reports during the NFL season. Do you have any other thoughts or ideas about injuries and the risk involved with some players? 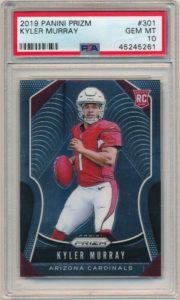 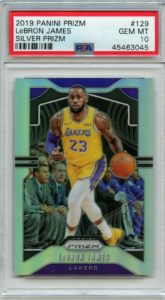 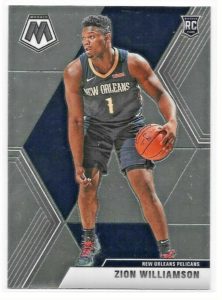 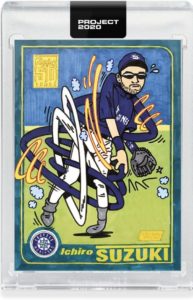 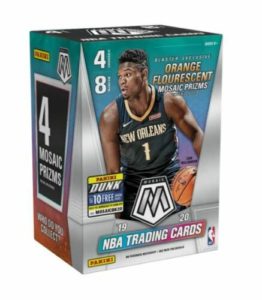 Topps Project 2020: What Is It and Where Does It Go from Here?

SGC vs. PSA: A Study Weighing Your Options As A Collector

No ‘Error’ In Buying Alvarez Rookie Cards This Spring