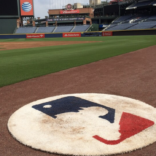 John has been collecting for nearly 40 years and host a weekly podcast show called the On Deck Circle on iTunes.

Ja Morant vs. Trae Young: Whose Sports Cards Should You Buy?? (Throwdown Thursday)

This is how one single card changed my thought process and how I went about investing in cards long term. I’ve collected for nearly 40 years. My first complete set was the 1979 Topps Baseball and completed when I was eleven years old.

Now fast forward to 1991 and Topps has signed this young left-handed power throwing pitcher to a contract where he would autograph 12,000 cards to be placed into the Topps 1992 Gold Factory sets. The card alone was commanding about $100 and higher for the autographed cards. The player’s name, Brien Taylor. The Yankees made Brien their first-round draft pick and was the first player to sign a million-dollar signing bonus. I along with other uninformed collectors thought this was the second coming and the card was pursued and purchased in great quantity in order to turn a profit.

Fast forward two years and Brien Taylor is involved in an altercation where his 1.5 million arm is destroyed and never ever pitched again, making him a first-round pick that never even made it to the Big Leagues. That one single card changed the way I go about investing in cards and bigger is that I do long term and not short term flips or investing.

So now when I look at a player I put some parameters in place to help protect my investment. Let’s take the 2011 Topps Traded Mike Trout as an example. When I first purchased the card Trout had a year under his belt and was already putting up numbers. I bought the card for $20, and now in a graded PSA 10 can command anywhere from $600 to $2,500.

Here are a few things I learned from the Brien Taylor RC in 1992, that apply to any card or player. I look at the player’s injury proneness, length in the league, consistency is a big factor, are they putting up Hall of Fame numbers. I will not rush out to purchase a player’s Rookie card in their first year or even second. A player can be sent back down to the minor leagues or released after a year. Don’t get caught up in the hype of other collectors. Collectors rush out and immediately drop enormous amounts for a player because they are Sports Center or social media or card companies promote them for the sales.

During my podcast show, we have discussed the length of time to wait on a player to mature so to speak into an Investment.  Personally, when a player has made it to the third and fourth year now you can really start watching the investment, I have seen for instance in the very same Topps 2011 Traded set with the iconic Trout card is Paul Goldschmidt, a very solid investment now and in my opinion he is steady and putting up numbers. In 2012 Paul’s cards the same set as Trout were around $10 now they can command up to $100 for a PSA 9 and 10, not a bad turn around and Long term investment.

In the years since my Brien Taylor Rookie card mistake, I follow the rules I’ve laid out above to simply closely follow a player and not have a knee jerk reaction with the rest of collectors but let the player establish themselves, but running out and paying large sum of money for a player that has not done anything yet is a foolish mistake. Not too long ago now in 2020 I was at a card show and in a booth in a dollar box was a couple of Topps 1992 Gold Brien Taylors, dealer saw me looking at them and said “ you can have them both for fifty cents”, I just smiled as I walked away thinking no not making that mistake again.

Excellent points made by John, do you find yourself investing in young minor league stars or up and coming stars? If so, how do you research or plan to prevent heavy losses, although injuries are always unpredictable? Tell us in the Comments below. 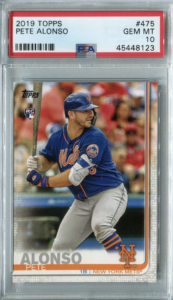 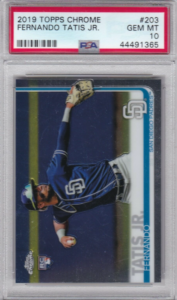 Ja Morant vs. Trae Young: Whose Sports Cards Should You Buy?? (Throwdown Thursday)